A future and a hope

In the north Asian country where Ross, Donna, David, Robyn, Matt and Sarah work, it’s not always possible to preach the Gospel overtly. 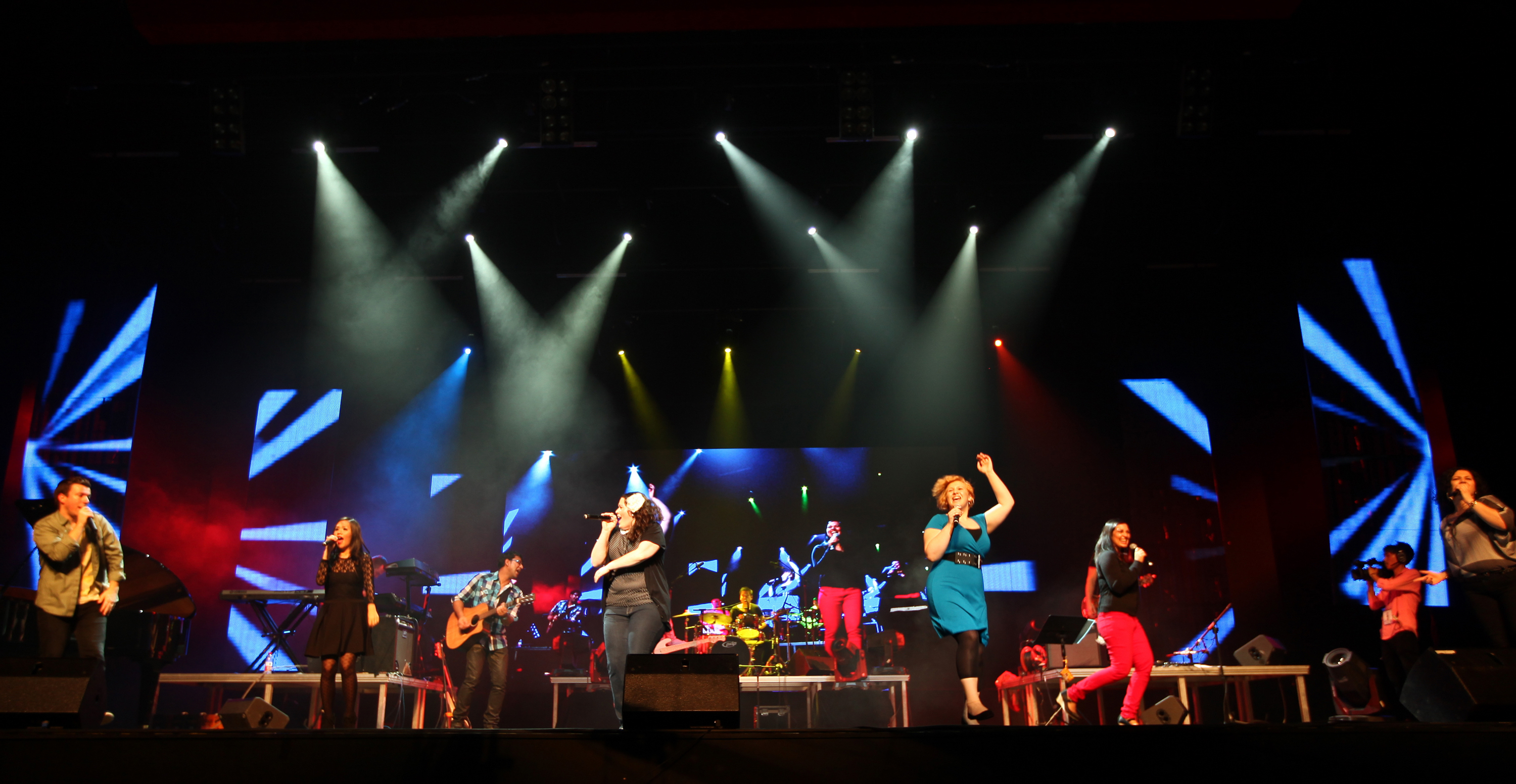 In order to share God’s life-saving message with their community, the team takes a practical approach to outreach by serving local people, especially children, through a community centre; engaging young people through concerts; and encouraging women and girls to see their value and worth through Flourish programs. The team also conducts leadership training for the house church movement in their country, with a particular focus on training young emerging leaders for effective ministry.

“The context doesn’t stop you doing ministry; it just really determines how you do ministry,” Ross says. This is a point that’s particularly relevant to the way the team runs its youth concerts. Depending on their location, concerts range from ‘pre-evangelism’ type events focused more on building connections and trust, to full-scale ministry events that result in countless decisions being made for Christ. Ross says each time they go back to the same area, they seek to “push the envelope a little further” and find more ways to introduce young people to Jesus. “A lot of the churches [here] are very formal, traditional, conservative and not very appealing for the young people who are really into popular culture. They come along to the concerts and they think, ‘this is Christianity; that’s not what I thought it was’ …. It’s very fresh and alive and vibrant [and it’s] touching people’s lives.”

The team’s community centre is also meeting people at their point of need – providing opportunities for children from a poor local area to access homework support, music and dance classes, after-school programs, craft and story-telling. The centre, which also holds regular community days to connect with whole families, provides an avenue for building trust and relationships and “giving the children a sense of a future that has a hope”. The team also believes its community-focused approach will one day change the national church’s understanding of ministry, thereby enabling more outreach to occur in communities across the nation. “For the most part, the church here sees ministry as taking place within the four walls,” Ross explains. “We’re modelling [a community outreach approach] and we’re believing that when other churches really understand the power that’s in that, they’ll start following this model; to get out there and be salt and light in the community.” 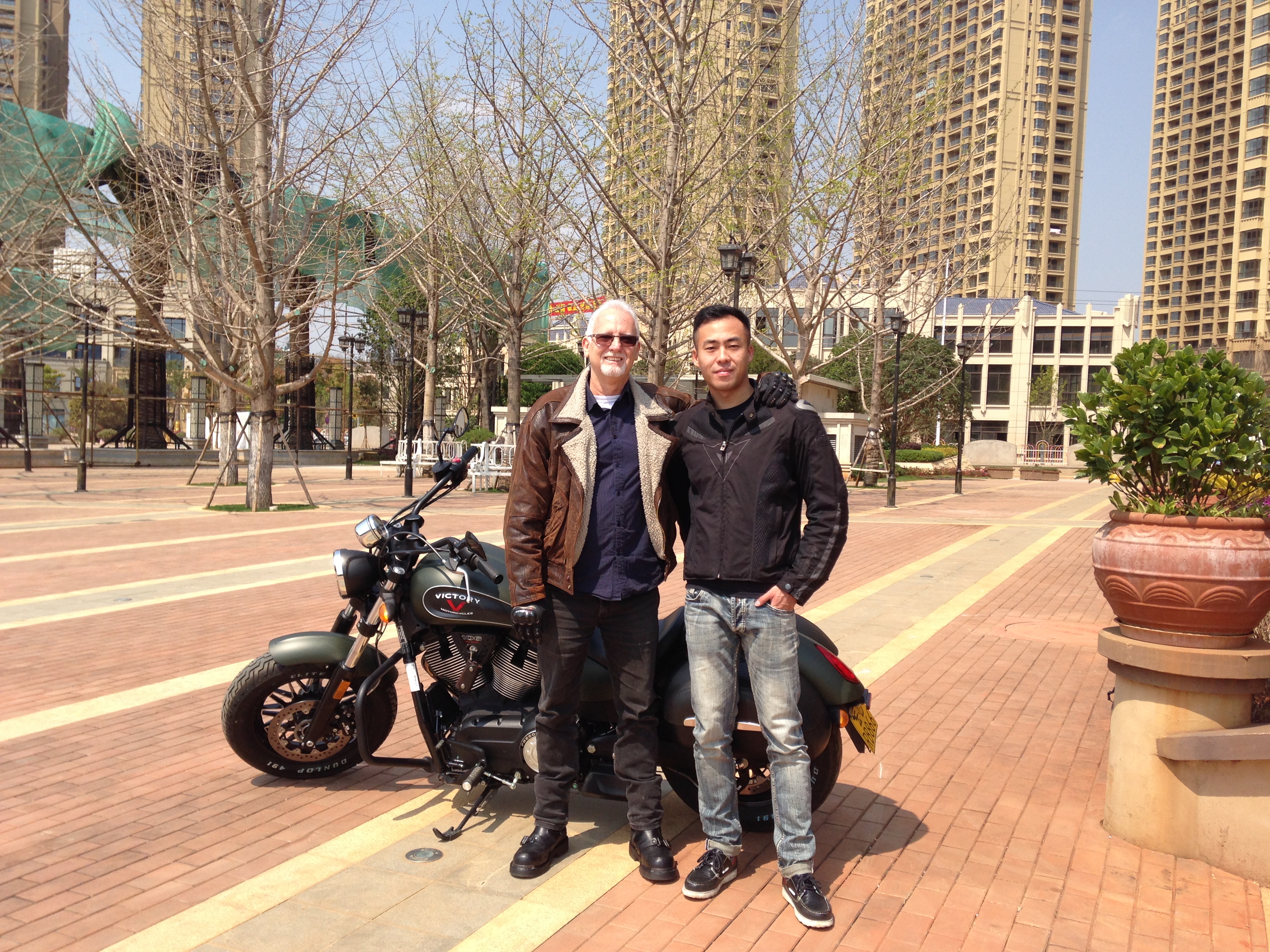 I love motorcycles and so naturally, when I spotted one in our neighbourhood recently, I stopped to have a closer look. It was a Victory, similar to a Harley Davidson, and I’d never seen one in our city before. I knocked on the door of the apartment it was in front of – hoping to have a chat with the owner – but no one was home.

A few days later, I walked past and knocked again. Still no answer. As I was leaving, a nice new Mercedes Benz pulled up driven by a local man called Ben. I’d met Ben before, and we’d chatted a few times, although never about anything deep. I asked him, "Is this your motorcycle?" It was and we had a chat about it and I learnt he’d paid $40,000 for the bike, which included a lot of import tax. While we were chatting about the bike, he asked me what I was doing in China. I told him we were helping poor children in a very needy community. He was very interested and asked if he could come and have a look at our Future Hope Community Centre.

The following week, we arranged for Ben to visit the centre. He drove to my house in a gold metal-flake BMW SUV and said, “Let's go!” I told him it probably wouldn't be a good idea to take his car to this community and we should go in mine. On the way, Ben received a phone call from his wife who asked if she and her mother could come with us. We pulled over to the side of the road and waited for them; they soon arrived in a purple Maserati! They wanted to follow me to the centre but I convinced them it was a bad idea and we all went together in my car.

When we arrived, they were shocked to see people living in such terrible conditions. Even though it was only a few kilometres from their house, they never realised that this community existed. They were so moved by what we were doing, they donated 200 beautiful books to our community centre library. And since then, every time we hold a community open day, they always show up and bring lots of food and snacks for the kids.

As I thought about this family, I remembered an experience I had in 1983, my first year working as a missionary in Thailand. I was walking through a slum area in Bangkok with Verner Raassina – the first Pentecostal missionary to Thailand – and Verner said to me, "Ross, when you help the poor, the rich take notice". I never really understood what that meant until my experience with Ben and his family. They were very rich and content with their lives but obviously had a heart for those less fortunate than themselves; they just didn't know what to do to help them. So, when they saw someone doing something for the poor, they immediately wanted to help.

Shortly after this experience, Ben and his wife and son attended one of our youth concerts and were deeply impacted. Ben also came with me to a church I was preaching at and brought two of his friends who were teachers. I was so excited when I gave the altar call and Ben and his two friends responded and give their lives to Christ!

Ben is now actively involved in a local church and also volunteers at the community centre. He attended our annual team retreat recently and is really growing in Christ.

When you help the poor, the rich take notice and in turn, their lives are changed too.