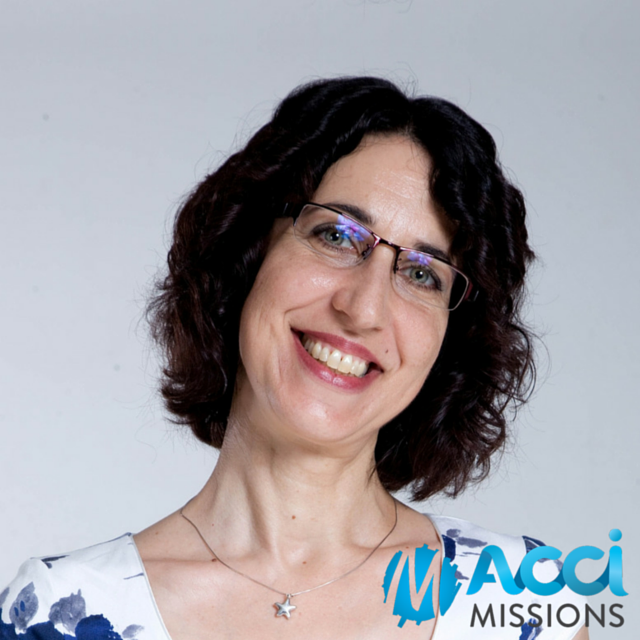 Sarah Ardu is an ACCI fieldworker having served in Cambodia since 1998. She is passionate about church planting and developing strategies for Church Multiplication Movements (CMM). She provides CMM training to the missionary community through the Jonathan Project, and to Cambodians through New Vision Movement.

In today's blog post Sarah shares some of her highlights from her time on the field.

I have had to learn and change a lot in order to ride this exciting wave of God’s purposes for Cambodia. The process has been as exciting as the signs of progress.

One person I’m very excited about is Vuen, who turned from being a psychotic alcoholic to a multiplying disciple in a matter of months.

Vuen is related to a family in Baset, who have been believers for a long time but haven’t become multiplying disciples. Vuen lives about 10 km from Baset, has had a problem with alcohol for at least 10 years, squandering his assets and those of his older sister to the point of dire poverty. He lost his wife and 2 daughters, couldn’t keep any job and was losing his sanity. He had tried to quit drinking several times but never succeeded. He didn’t want to hear anything about Jesus.

In April last year, Vuen realised that he had reached rock bottom. He consented to stay with his relatives in Baset for a while. His older, illiterate sister prayed for him and asked me to share the gospel with him. God had prepared his heart. He asked Jesus to set him free from the demonic visitations he was experiencing and Jesus did so. Tha, a 5-month old believer at that time also encouraged him to depend on Jesus and nothing else. Vuen began to be transformed from the inside out and has not touched alcohol since. In less than 2 months, he was back in his village, holding down a full-time job and learning to share the gospel with others. He shared with many people at his workplace at a dry-dock, and 5 workmates decided to follow Jesus and meet with him every lunchtime to learn to be disciples that make disciples. Three of those workmates left to find better paying work before Vuen learned to baptise them in water and the Holy Spirit. However, they were already equipped to lead others in the first steps of depending on the creator God, who came to earth, died, and rose again to free them from their sin and karma. The other 2 workmates were baptised in water and the Holy Spirit in one of their lunch breaks. They then left to find other work but were already seeing transformation in their families and marriage relationships and were keen to pass on all that they had learned.

Last week, Vuen took someone to a hospital in Phnom Penh and got into a gospel conversation with a couple of people while waiting outside. Two people turned into a crowd of about 20 as the Holy Spirit anointed him to share with wisdom that amazed even himself. There were some in the crowd who had been involved in churches for several years but said that he explained things more clearly than they’d ever heard. I’m sure that is because Vuen hasn’t learned to be a cultural Christian but just a disciple of Jesus within his Cambodian culture. He doesn’t have the baggage of mixing up Western Christianity with the simple truth of the gospel as it applies to Cambodian culture. He shared the gospel for almost 6 hours and didn’t even think of taking a lunch break. He seems to have been sustained spiritually in the same way as Jesus when he was sharing with the woman at the well (John 4:31-32).

Seeing God work in the life of Tha (short for Chantha) has also been a real highlight. He became a believer at the end of October 2013 and God has used him to lead over 30 people to the Lord in 2014 and equip many of those to make disciples. He has become an eloquent advocate for the necessity of all believers to be disciples who make disciples.

A few months ago, Tha shared the gospel with a friend of his, who is the village leader in a neighbouring village. Tha was surprised to find out that this man already believed in Jesus. He asked the two questions that he asks every believer he meets, “How long have you been a believer?” and “How many disciples have you made?” Tha was shocked to find that his friend had been a believer for over 10 years and had never told anyone about Jesus, not even his wife. He continued to share with him anyway and discovered that this man believed in Jesus but also depended on the spirits. Tha led him to turn his allegiance solely to Jesus and to become a disciple who makes disciples. The village leader led his wife to the Lord. His wife’s response was, “Why did you not share this with me before?”

In November, Tha and the village leader travelled together on some business to the next province. They happened to bump into some friends of the village leader from his days of being involved in a church. They hadn’t seen each other for many years. The catch up on old times was extended to several more people in the area who had become Christians through the same ministry. Most of those men had become pastors of small churches in their villages. Tha and the village leader accepted the invitation to stay for lunch and the sharing together continued. Tha was the newest believer in the group of 5 or 6 church leaders. He asked them his usual 2 questions and rejoiced with them for the 12, 18, 20 or 30 people who were in their churches. He then asked them, “What will happen to your church and to the work of God in your village when you die and your church members die?” The leaders had never considered that. Tha broke off a tree branch and said, “What if you and all of your members branch off and make disciples who make disciples?” They quickly understood that this was a key strategy that would enable the gospel to spread easily throughout Cambodia. They were very excited as they glimpsed the way that they could be obedient to the Great Commission rather than just trying to sustain a small group of believers.

The hands-on process of evangelism and multiplying disciples continues to be the highest priority activity for me in 2015 but God is opening up many more doors to envision and train both Cambodian Christian leaders and missionaries to “branch off” and make disciples who quickly make disciples. 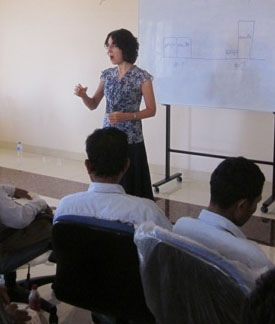 Sarah at a recent Jonathan Training for Cambodian pastors

My colleagues and I in the Jonathan Project are not only continuing to train missionaries in the Jonathan Training course and on-going peer mentoring groups but we have been invited to train pastors of hundreds of independent churches across Cambodia. We are on the look-out for “Jonathans” who are willing to believe that God can save this nation of Cambodia beginning with just a few courageous and obedient disciples (1 Sam 14). We will focus our efforts on those who apply what they learn.

God has brought us into contact with a young Cambodian couple from Siem Reap province who seem to have been prepared by God for Church Multiplication Movement ministry before they even heard that such a thing was possible. After my first meeting with them to share the vision, they turned down money donated to build a church building, understanding that a church building at this stage of their ministry would stifle multiplication. That has got to be a first for Cambodia and probably for many other nations. I’m very much looking forward to training and mentoring Vireak and his wife, Poe. They have a vision for all of Cambodia and beyond to be impacted by the gospel.

Thank you for the part that you have played in God’s long-term plan for this nation of Cambodia. The Cambodia Dream of disciples and churches spontaneously multiplying throughout Cambodia and bringing deep transformation to lives and whole communities has been birthed in God’s heart and we are privileged to have glimpsed it and play a part in it.

To support the incredible work of Sarah please visit www.accipartners.org.au/ardu