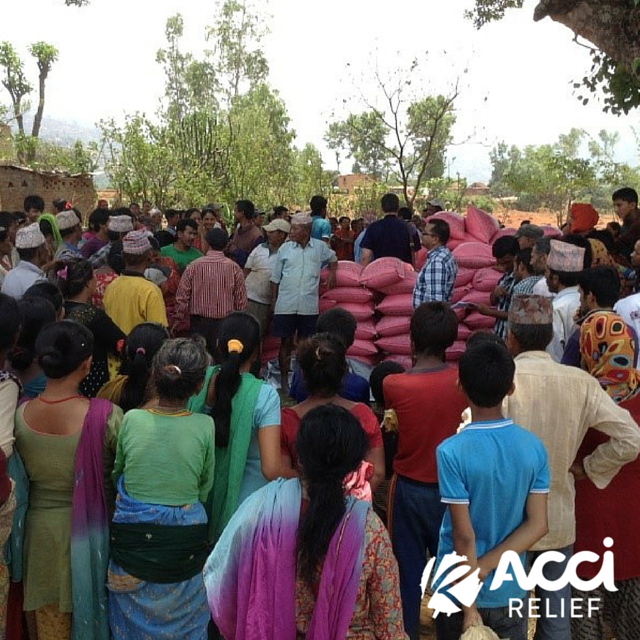 In the last four months since the Nepal earthquake ACCI Relief in collaboration with our on the field partners have been able to achieve the following:

ACCI’s long standing partner Ps Ashok Adhikari and his church networks provided emergency relief to 499 families in 10 affected districts. Relief was mainly distributed in remote villages where assistance had not yet been provided. In the aftermath of the disaster many families struggled to find food and in some cases the team arrived to find that children were becoming very seriously malnourished and in desperate need of support. Items distributed included rice, lentils, cooking oil, salt, sugar, soap and blankets.

In addition, in partnership with TLM a further 1,416 households were also provided with food and other emergency provisions.

In the initial aftermath, 52 people formed relief teams which were mobilised and sent out to assist affected communities in 23 districts. For ten days these teams worked tirelessly doing anything they could to assist those in need. This included: 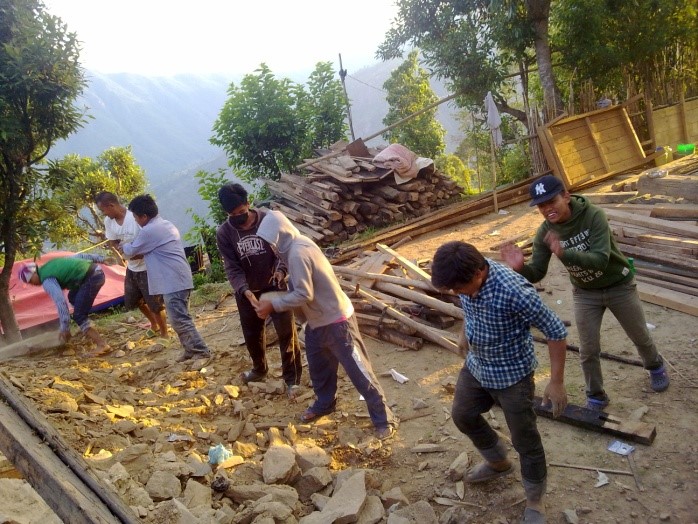 11 child friendly spaces have been established and have been operating since the 22nd of July. Approximately 40-150 children ranging from 3-16 years old are currently registered at each of these CFS’s. These spaces have been safe havens for children who have been displaced, lost their homes and/or schools. Parents can also relax knowing their children are safe while they undertake rebuilding and recovery work.
They also act as areas where child protection issues can be identified and assistance provided to at risk families. In the initial aftermath, CFS’s acted as registration centres for displaced people and unaccompanied children. Some CFS’s are now being used as temporary schools in areas where education has been disrupted due to infrastructural damage.
Psychosocial Counselling
During August a team of professional psychologists and counsellors conducted counselling sessions with children at each of the CFS’s. Follow up will be provided to children identified as needing ongoing counselling.
Check Post Monitors
Monitors have been posted at 2 major highway check posts and have been authorised by the police and government to stop and check vehicles for unaccompanied children or children travelling without their parents or the correct paper work. This has been in response to the high instances of trafficking in Nepal, particularly trafficking of children from rural areas into orphanages or across the border into India.
The monitors have stopped over 6,000 vehicles and 36 children have been identified and reunited with their families. These cases are currently being brought before the courts. It is becoming widely known that vehicles are being stopped and those working on the ground believe this is a powerful deterrent against trafficking and has also led to a significant increase in community awareness of the issue. 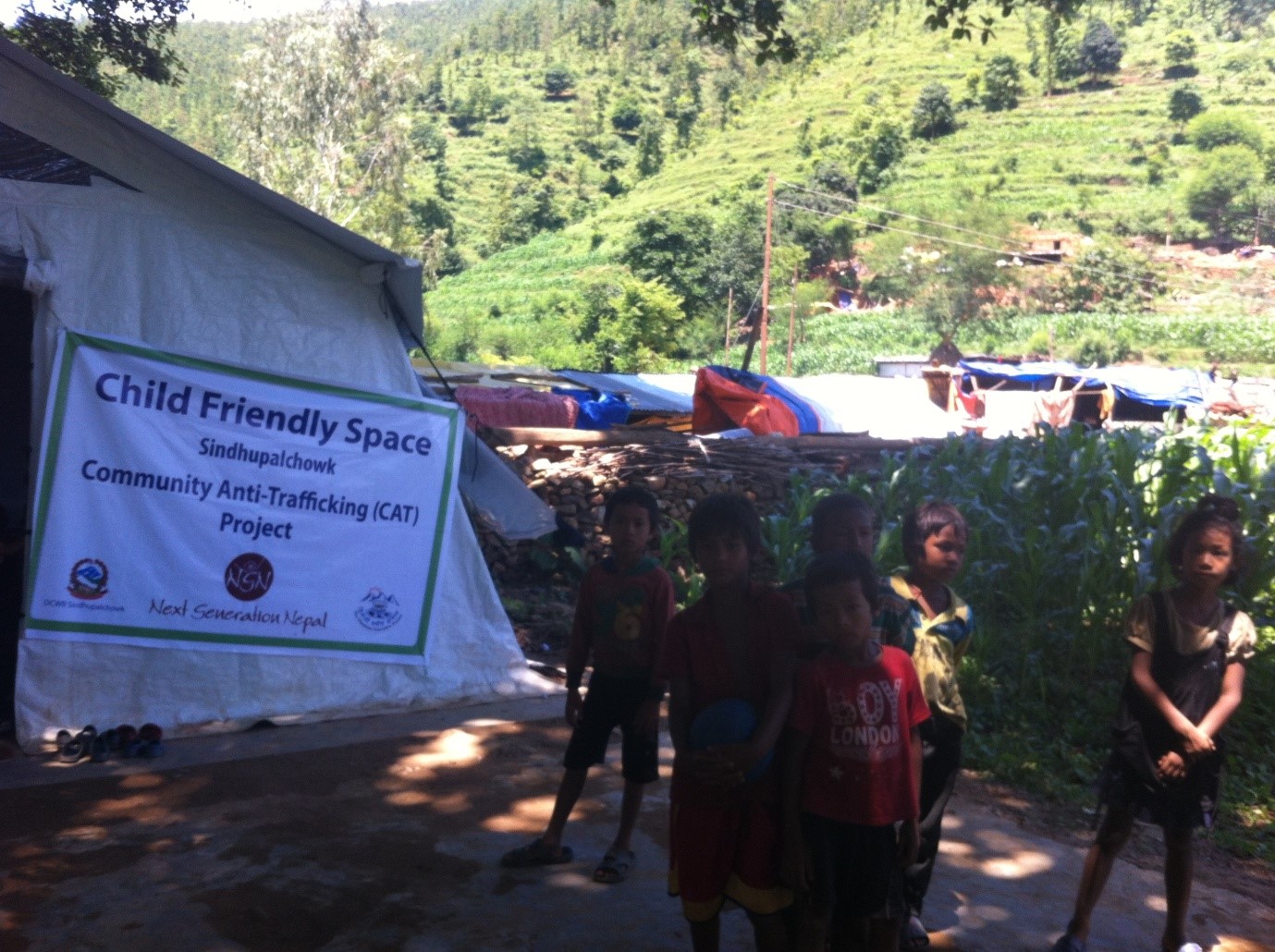 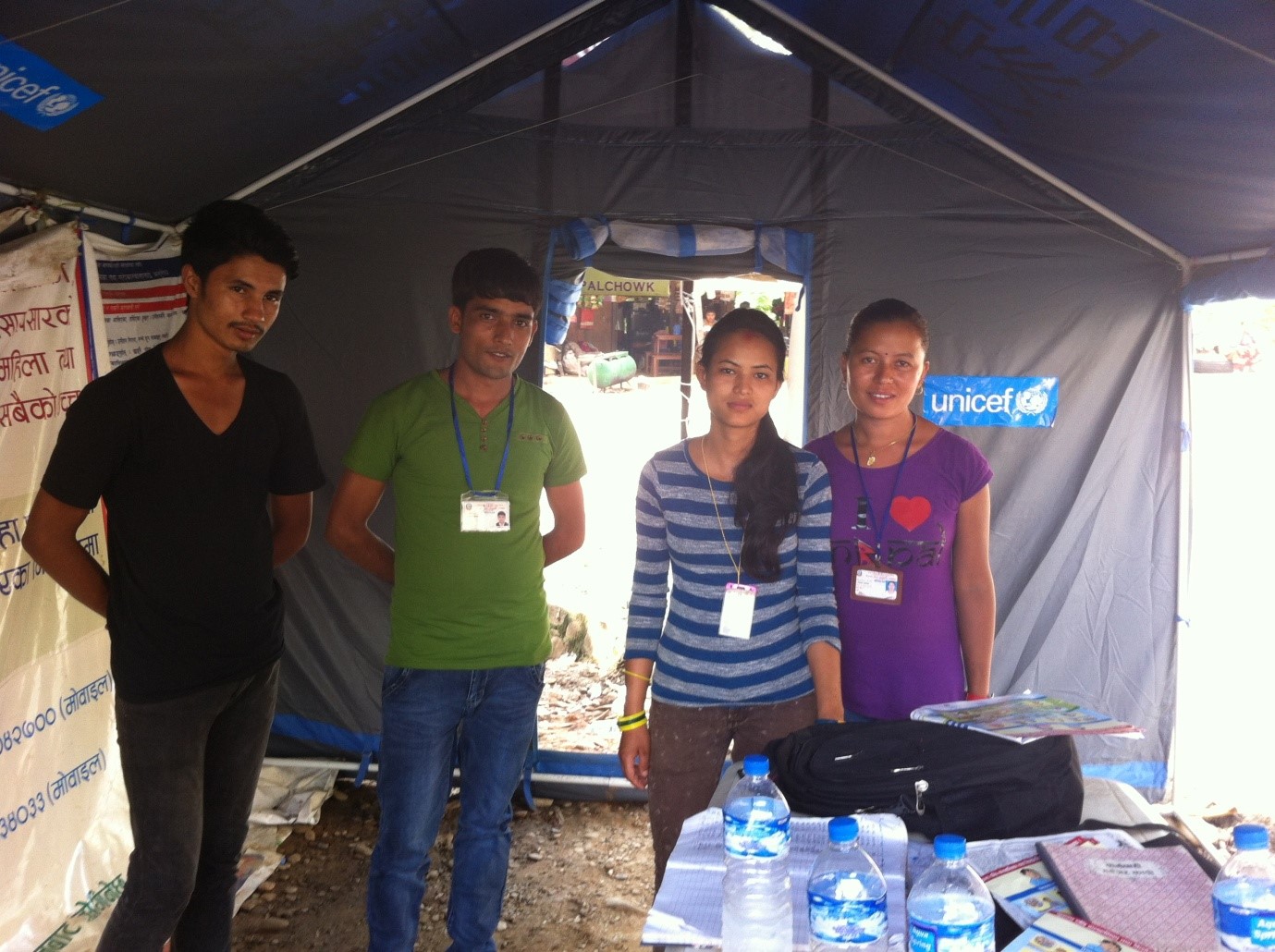 More activities are now being planned to continue to raise awareness and sensitise people to the issue of child trafficking. Activities planned include holding events in different districts where street dramas will be used to teach people about the risks of trafficking.
Other promotional materials such as flyers, posters and t-shirts are  being developed and will be distributed and used at these events and at the CFS’s and check posts.

Since the disaster over 400 earthquake victims have been treated at Anandaban Hospital and received medical care including surgeries, prosthesis, rehabilitation and physiotherapy. Earthquake victims are still being treated in tents on the hospital’s property as they have not been able to return to the wards which were damaged.

1,555 people in rural areas received emergency medical treatment at 15 mobile medical camps that were conducted in the initial aftermath of the disaster.
Months after the earthquake many people are still suffering without proper medical treatment, injury care and follow up. In August teams were sent out to conduct follow-up injury screening camps where approximately 1,000 patients have received medical checkups and treatment. 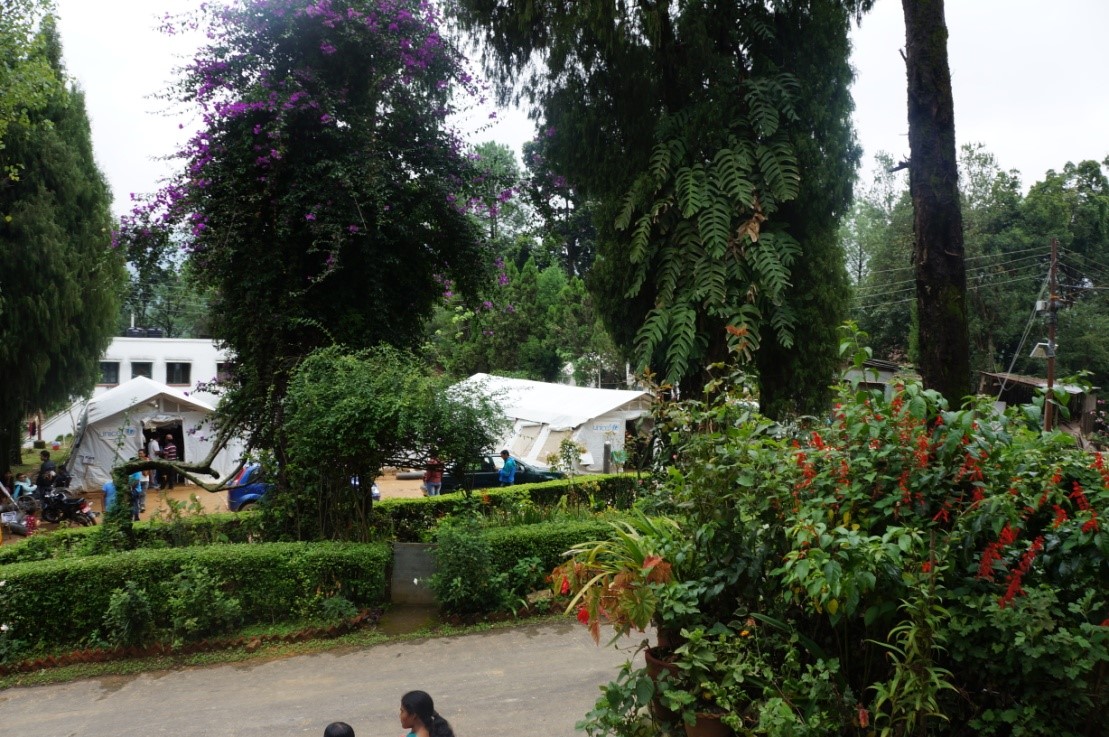 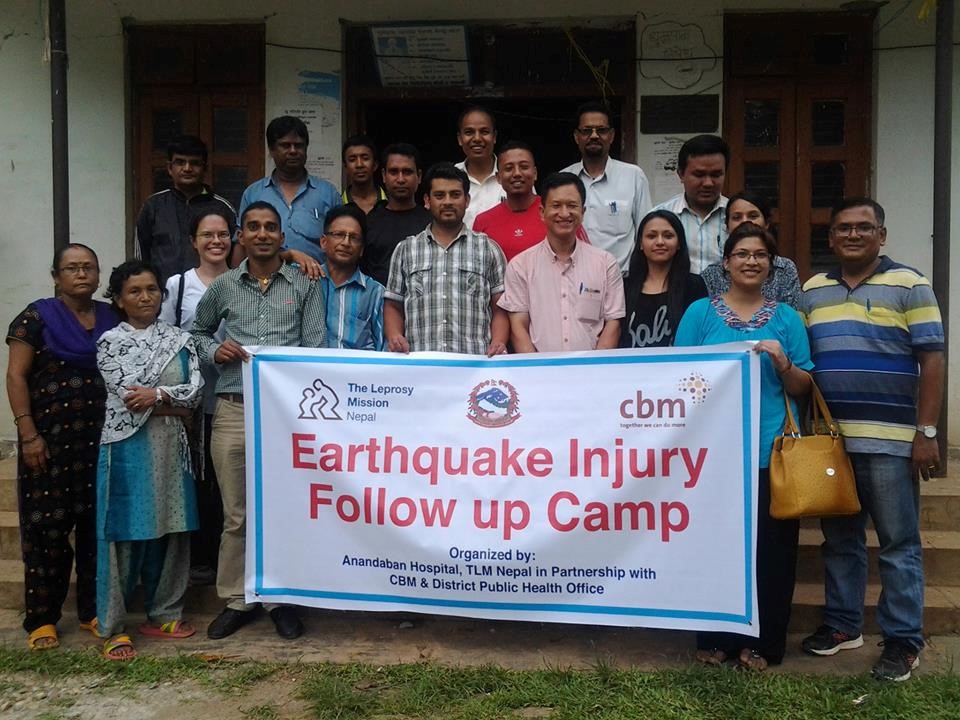 Plans and assessments are currently being developed to re-launch a community based rehabilitation program to assist leprosy affected people in community recovery after the disaster. The CBR project will begin by focusing on livelihood restoration and assisting households rebuild permanent housing. The program aims to help hundreds of households in over 9 different districts.

A new hospital building is currently being constructed so that they can finally move patients out of the tents and treat them in a proper building. This building will be used as a surgical, orthopaedics and general ward while the main hospital buildings are being rebuilt.
Assessments by engineers and architects are taking place to determine which of the hospital buildings need to be repaired and which need to be completely rebuilt. They are aiming not only to repair the damage but also ensure the hospital is prepared and equipped as a trauma centre to assist during future disasters. 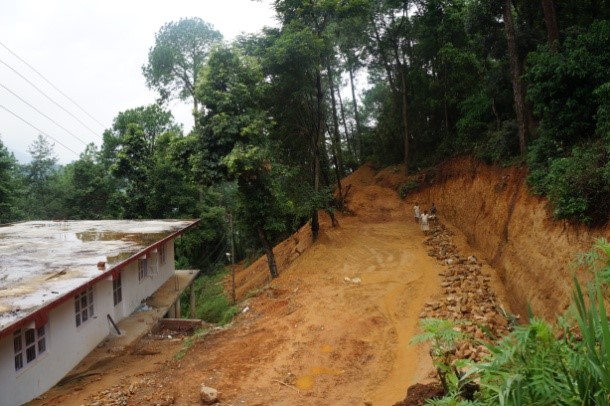 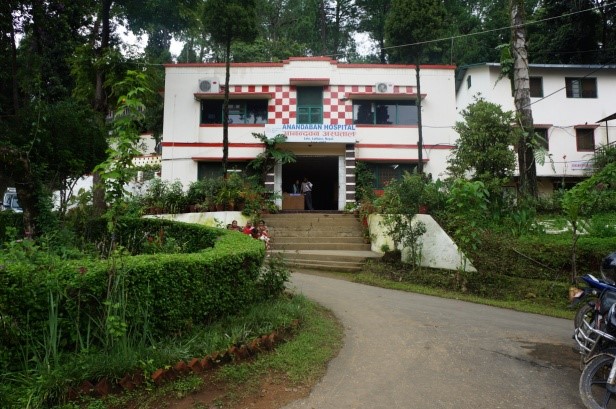 Over 3,500 people whose homes were destroyed by the earthquake have also received assistance to help them build temporary housing.  This has included distributing tarpaulins, metal sheeting and financial assistance in many communities. This has been very important to ensure families have been able to survive during the monsoon season.

After the monsoon, assistance will be provided to vulnerable families to help them rebuild permanent housing. Assessments are currently being conducted to select families who will be assisted. Families who have been identified as being particularly vulnerable will receive this support. This includes widow headed families, households with people with disabilities and Dalit families.

Many schools where damaged by the earthquake and have not been able to reopen resulting in thousands of children missing out on education. Assessments are being conducted to determine if we will potentially also assist some local schools to rebuild damaged classrooms.
Do you like this post?
Tweet