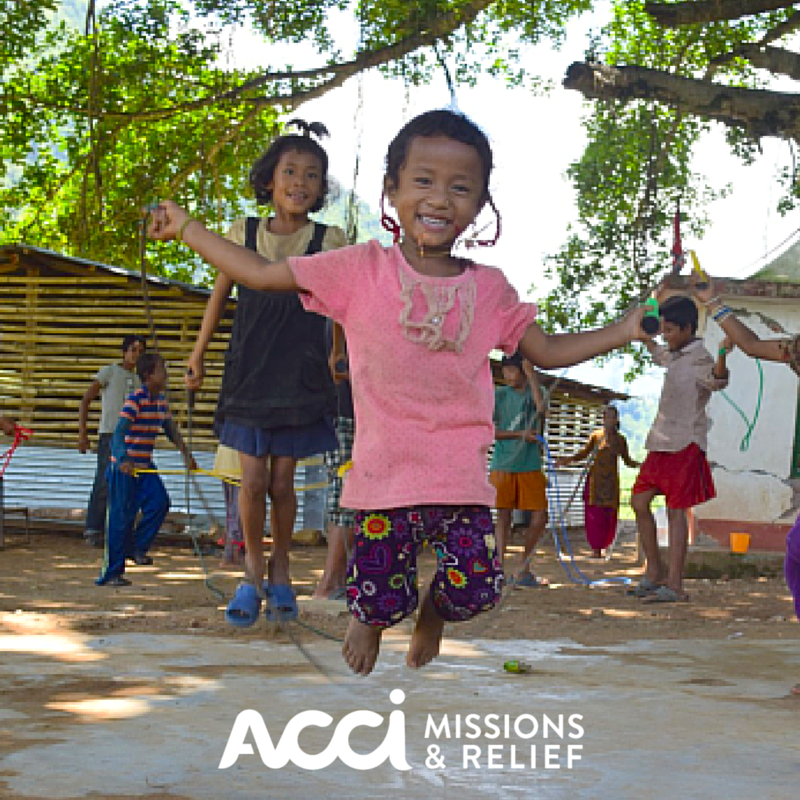 On April 25th, 2015, Nepal was hit by a massive earthquake causing widespread damage which resulted in the deaths of over 9,000 people and impacted millions of people. 14 out of 75 districts were badly affected with many villages reduced to rubble leaving thousands of families homeless, highly vulnerable and in desperate need of assistance.

Aftershocks and landslides in the weeks following the earthquake followed by a long blockade at the India border significantly delayed the rebuilding and recovery efforts and caused further challenges for affected families.

ACC International Relief launched a humanitarian relief appeal to assist those impacted by this disaster. In conjunction with our partners on the ground we developed a disaster response plan which focused on humanitarian relief; child protection & anti-trafficking and medical care. In the last 12 months the following has been achieved:

Through our partners we were able to support projects which:

A community anti-trafficking project was established in response to the increased risk of child trafficking after the earthquake. This project:

Through our partnerships we were also part of the joint medical response which: 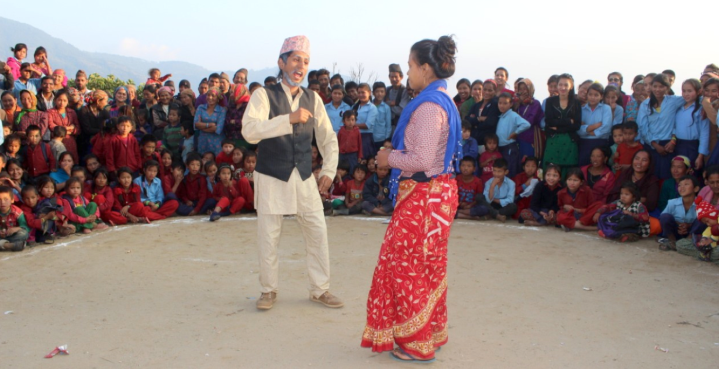 Immediately following the disaster ACCIR’s partners distributed food and other emergency provision to approximately 2,000 households in over 10 districts. Through church networks, relief was distributed in very remote villages where no other assistance had yet been provided. In some communities teams arrived to find children seriously malnourished and families in desperate need. Items distributed included rice, lentils, cooking oil, salt, sugar, soap and blankets.

Zinc sheets, tarpaulins and tents were also provided to families in remote villages and transitional shelters with priority being given to widow headed households, families affected by leprosy and those of Dalit background.

In the initial aftermath, 52 people from local churches formed relief teams which were mobilised and sent out to assist affected communities in 23 districts. For ten days directly after the earthquake these teams worked tirelessly assisting families salvage items from damaged buildings, transporting the injured to health posts and rescuing trapped people and livestock from collapsed buildings. They also assisted those who were unable to construct temporary shelter such as widows and people with disabilities. 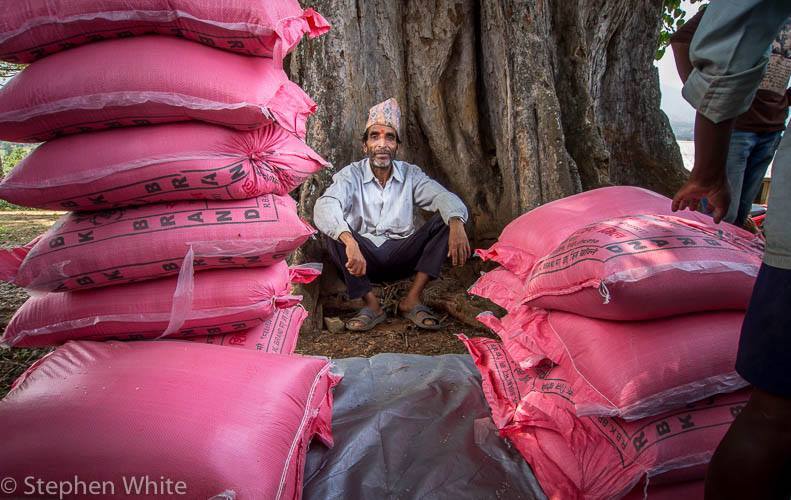 After the disaster thousands of families were living in makeshift structures uncertain of how to rebuild their homes and fearful of future earthquakes. A consultant was sent to Nepal to provide risk reduction rebuilding training to local community leader. These leaders were trained in simple strategies which they could teach to their own community members to ensure houses were less likely to be destroyed during another earthquake. A model house was also built in a local community to practically teach and show people how to build an earthquake proof house.

Being a mountainous area, as winter approached temperatures dropped and there was serious concern for families still living in temporary makeshift housing with no insulation or heating. The political instability and blockade with India had significantly delayed the rebuilding efforts. This prompted the humanitarian sector to reclassify the situation as an emergency and ACCIR responded by distributing warm blankets to 500 families in Kuave District, in communities we had initial provide emergency relief. 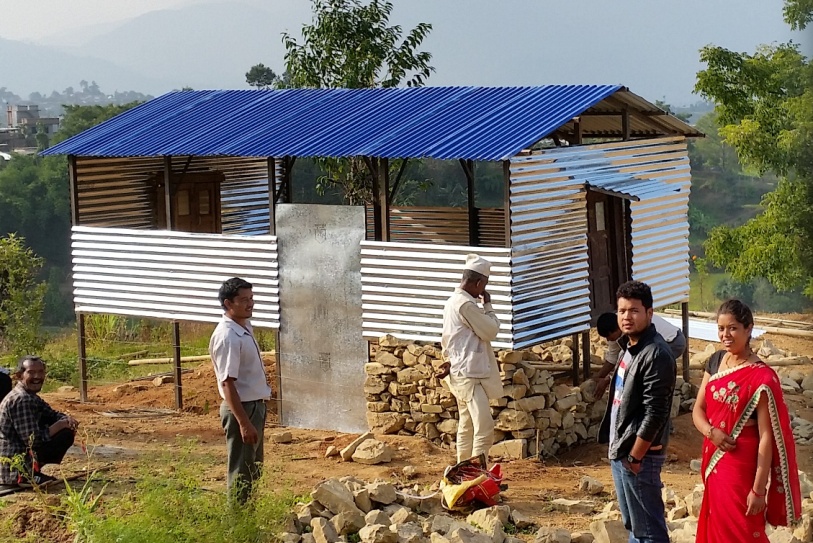 UNICEF estimated that over 1.7 million children were affected by this disaster. Unfortunately based on evidence from past disaster, people can use the vulnerability of children and families after a disaster as an opportunity for exploitation. On the basis of what happened during Nepal’s conflict, many feared a surge in child trafficking among earthquake affected vulnerable communities. In response to this concern a new child protection and anti-trafficking project was established by one of ACCIR’s partners to prevent trafficking in earthquake affected communities.

The project established 11 child-friendly spaces that in the past 12 months have supported over 1,400 children. Child friendly spaces provided safe places where children affected by the earthquake could access free structured play, recreation, leisure, learning activities and psychosocial support. By caring for children during the day time, CFSes allow parents some respite so they could rebuild their homes and livelihood. These spaces also acted as areas where child protection issues could be identified and assistance provided to at risk families. CFSes also build trust with the local community, allowing the team to spread awareness of the dangers of child trafficking and the importance of family preservation. Some CFS’s also transitioned to be used as temporary schools in areas where education has been disrupted due to infrastructural damage.

The project provided staff to support the local police in running check-posts at key transport hubs to check vehicles for children travelling through and out of the district, to ensure that the children are with their families, and are not being trafficked. In the last 12 months monitors have stopped over 27,000 vehicles and 77 children have been identified and reunited with their families. It became widely known that vehicles were being stopped and those working on the ground believe this was a powerful deterrent against trafficking and a good awareness raising tool.

The project also delivered a series of anti-trafficking awareness interventions to help communities understand the risks associated with allowing their children to be taken to child care homes or ‘boarding schools’ in Kathmandu, as well as the importance of family preservation. The community awareness and sensitisation program has now reached over 46,000 families in earthquake-affected areas through:

Supporting 31 media articles and features about child trafficking and the risks of orphanage voluntourism in post-earthquake Nepal. 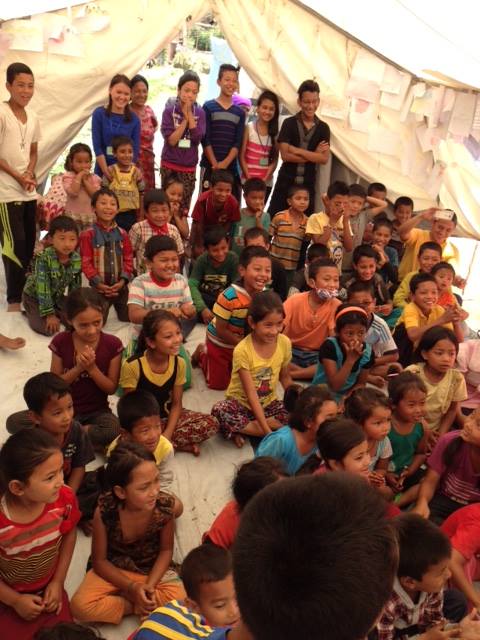 With more than 20,000 people injured and many hospitals and health post destroyed, providing adequate medical care was a huge need in the aftermath of the disaster. ACCIR partnered with the Leprosy Mission and supported them to provided medical treatment to 4,213 people affected by the earthquake.

Anandaban Hospital acted as a main referral hospital and provided surgeries, prosthesis, rehabilitation and physiotherapy. Medical teams were also sent out to rural areas to conduct earthquake injury screening and follow up camps.  These camps continued running months after the disaster to ensure that proper follow up care and referrals to hospitals were made. 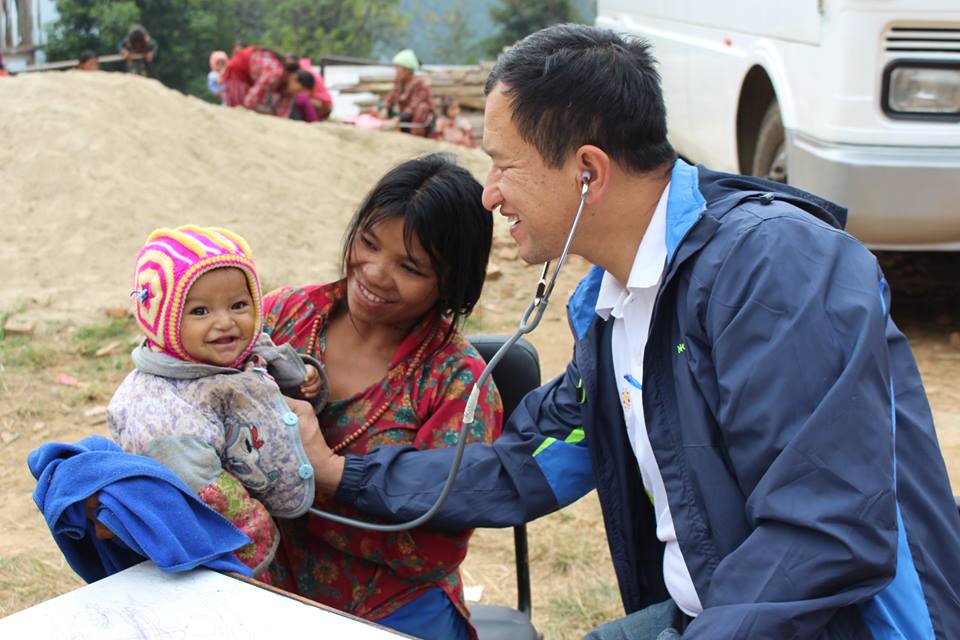 ACCIR also provided funds to support the reconstruction work of the buildings at Anandaban hospital. Anandaban Hospital, located in Lalitpur district, provides high quality leprosy as well as providing vital general medical services to the local community as it is the only hospital in the south of Lalitpur.

The earthquakes destroyed or badly damaged many of the hospitals building including 5 staff quarters. This has affected the daily lives of valuable staff and their family members including the Medical Director, Matron, Administrator and nurses who all have been involved in providing services to the people needing emergency treatment after the earthquakes. It is vital to have these buildings so that the staff can continue providing services to patients as well as cater to the influx of people needing immediate medical care by living at hospital premise. The staff and their families have currently been living the training facility on the hospital property which has lead to valuable training programs being cancelled.

Unfortunately political turmoil and a blockade at the border of India during the second half of 2015 greatly delayed rebuilding work throughout Nepal including this projects. The project has completed all the plans and have submitted them for municipality approval. They plan to begin construction on the first week of May. 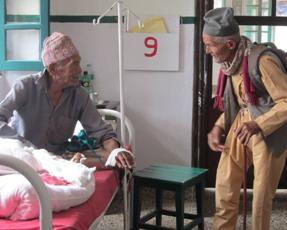